Balaklava is in the Mid-North region, on the banks of the Wakefield River. It is situated 92 km north of Adelaide, 26 km east of Port Wakefield, 35kms west of Auburn and 50 km south-west of Clare. Balaklava is a delightful historical town well worth a visit. Balaklava today is one of the main agricultural townships in this area, economically driven by wheat and sheep. Current population is 2,048 (as at 2016). The first European settlers in the area were James and Mary Dunn who opened a hotel in 1847. The town came into existence in 1849 as one of the many stopover points on the route from the Burra copper fields to Port Wakefield. The town proper was established in 1870 by an Adelaide grain merchant, Charles Fisher. It was named after the famous Crimean War Battle of Balaklava.

Birth Of The Balaklava Eisteddfod Society

​After preliminary discussions in 1995 regarding the possibility of holding annual Eisteddfod competitions, a Steering Committee comprising of Pam Uppill, Jo May and Sally Cowan held a meeting on 17 January 1996 to collate information on holding Eisteddfod competitions. This was widely researched by Pam Uppill, John Neck and Di Spence. This information was presented at a well-received public meeting on 3 July 1996, to gauge public support for the establishment of an Eisteddfod competition as an annual event in Balaklava. Audrey Lees and Jackie Cook of the Adelaide Eisteddfod Society and Kate Jenkin from the SA Country Arts Trust attended the meeting and provided valuable information and input. It was passed at that meeting that the Balaklava Eisteddfod Society be formed as a sub-committee of Balaklava Community Arts Inc.

The Grand Piano Fund was launched at the 2000 Eisteddfod, & fundraising took place over the next 4 years. The purchase was finally made in October 2004 and a concert was held to showcase the new acquisition, exactly 7 years to the day that a Grand Piano was last on the Balaklava Town Hall stage when one was hired for the Inaugural Balaklava Eisteddfod!

In March 2008, the Balaklava Eisteddfod Society won the inaugural Adelaide Plains Emu Award for a community event and was also the overall winner (see article below) and in December 2008, the society was recognised in the SA Great Regional Awards, by receiving a commendation for Community Group. (see photo below, and click here for the article.)

In 2009, the committee decided to simplify the logo and continues to review and improve each year with the addition of more Sections of competition over the years since the inaugural Balaklava Eisteddfod.

In January 2012, the Balaklava Eisteddfod Facebook page was started as social media has become a popular way of keeping interested people updated in real-time with what is happening with our Eisteddfod.

In 2013, the Balaklava Eisteddfod began accepting online entries using the GENI (Gaia Eisteddfod Navigator Interface) online entering system used by many Eisteddfod groups around Australia. This online program was developed by Bendigo IT specifically designed for Eisteddfod competitions. However, after trialling this for 2 years, we found it didn’t suit our complex programming needs, running an Eisteddfod over one weekend with multiple venues running concurrently. We now have our own online entry forms.

Interested parties are kept up to date with newsletters sent out via an emailing programme, which has helped cut down on postage costs.

In 2020 and 2021 due to the worldwide Covid-19 pandemic, the 24th & 25th Balaklava Eisteddfod were cancelled, as were most other Eisteddfod competitions around Australia. 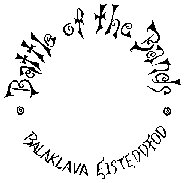 THE GRAND PIANO DREAM FINALLY BECAME A REALITY IN OCTOBER 2004!

After 4 years of fundraising, the Grand Piano finally arrived. Click the picture to the left to read about the new Grand Piano purchased in October 2004. A concert was held exactly 7 years to the day from the Inaugural Balaklava Eisteddfod Gala Concert, on 24th October 2004.
The Inaugural Balaklava Eisteddfod (24th, 25th & 26th October 1997), was the last time a Grand Piano was on the Balaklava Town Hall stage when it was hired for the occasion!